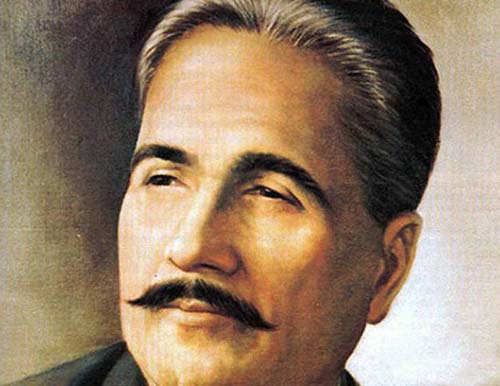 The 76th death anniversary of national poet Dr Allama Muhammad Iqbal will be observed today (Monday) to acknowledge his services for floating the idea of a separate homeland for the Muslims of the Indian subcontinent.

Allama Iqbal was born in Sialkot on November 9, 1877 and died on April 21, 1938.  Special prayers will be offered after Fajr prayers for the departed soul of the Poet of East Dr Allama Iqbal.  Religious, social and political organisations are holding functions, meetings and seminars to pay rich tribute to Dr Iqbal, who mobilised the Muslims of subcontinent through his poetry for an independent Islamic state.  The people of Sialkot will also pay rich tributes to great poet while visiting the 150 years old Iqbal Manzil (the birthplace of Allama Iqbal) at Sialkot.

Quran Khawani will be held at Iqbal Manzil Sialkot under the auspices of Bazam-i-Iqbal Sialkot, in which a large number of the people from all walks of life will participate. Dr Iqbal is also recognised as Muffakir-e-Pakistan, Shair-e-Mashriq and Hakeemul Ummat. He is also considered one of the most important figures in literature with literary works in both Urdu and Persian languages. Radio Pakistan and TV stations will broadcast special programmes to pay tributes to the great poet. Newspapers will publish special editions to mark Allama Iqbal’s death anniversary. -nation