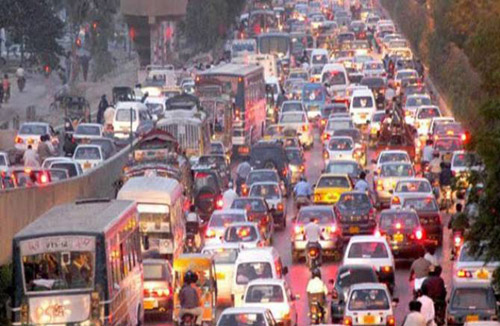 Pakistan has another war to fight, a war which is not against another country, not against another radical terrorist group and not even against humans. It is against something that she herself has created, which is none other than the “Waste”. Yes, the “War on Waste” is badly needed to conserve the environment and to manage the pollution, which has the capacity to mutilate the communities.

The human population of the country is increasing and so are the living standards. The point of concern is that are there enough natural resources to service all the needs. The depletion of natural resources can lead to cataclysmic effect on environment, biodiversity and economy. Recycling involves the use of already used items for which the utility can still be derived. It is one simple way to scale down the use of natural resources and to truncate pollution. Massive landfill sites have sprung up in urban areas. They are so multitudinous that one is visible within each mile in a metropolis. Plastic bags, aluminum cans, plastic bottles and glass bottles are virtually scattered everywhere in metropolises.

They infiltrate the water bodies causing them to litter. Epidemics like Malaria, Cholera and Tuberculosis are caused by water pollution.  Many everyday used items like paper, cardboard and cups come from trees. Trees and forests are natural assets. At the time of partition of Indian Subcontinent, 25 percent of the total area of Pakistan was covered by forests compared to less than 4 percent today. The deforestation has continued unchecked and continues expeditiously.Some habitats have been damaged so severely that the consequence has been the desertification of land.The situation is alarming. To curb the crisis recycling is an important tool.

The products of raw wood can be recycled to reduce the demand for timber and wood. The trees can be conversed by recycling paper and the number of trees cut down in a year can be minimized.  Metal reserves are depleting. Most of the raw metals and metal products are imported from other countries. Recycling the metal products will not only bring down the imports but also create jobs. Energy can also be saved by recycling. Pakistan, an energy starved country, can reduce the energy demand by promoting recycling. The energy used in converting raw metal into finished product can be saved by recycling metal products.

The facts prove the need for recycling. The government needs to start mass recycling programs. Recycling industry needs a revival. Government should take important steps for the growth of recycling industry. This industry can create jobs, stabilize the economy, reduce pollution, scale down energy demand, conserve natural resources and the environment. Recycling can have considerable impact in every walk of life in Pakistan and can make it a better place to live in.