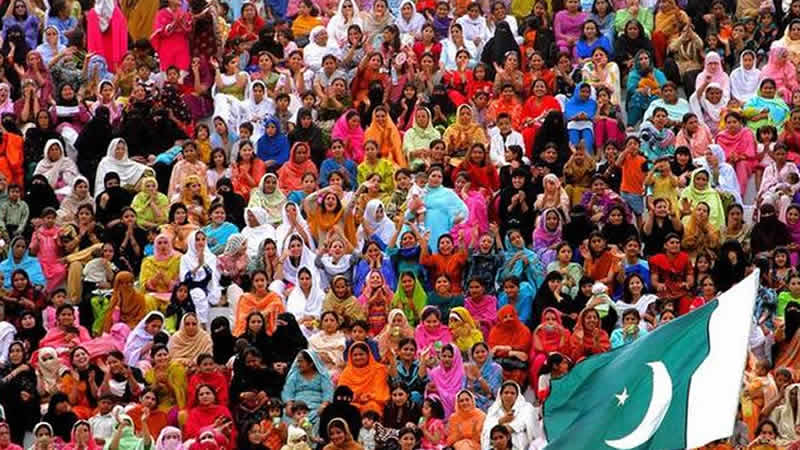 Pakistan being 6th most populous country in the world has 177 million populations with total fertility rate 3.5 per woman and population growth rate 2.05 percent. Family planning indicators reflect that Pakistan has comparatively lowest position in the region as well as in Islamic countries. Population growth rate is a significant genesis of current account balance. Overpopulation is a global crisis and Pakistan is among the most overpopulated countries in the world. The country is suffering from many crises and lack of policies to solve them makes things difficult. High rate of population growth means Pakistan suffering from illiteracy, low living standard, poverty and creates pollution, environment problems, economic and social problems such as transport, water, health, power etc.

Due to high population there is more demand for goods. More demand result in more inflation in the country. In Pakistan rate of inflation is 14.1%. Per capital income of Pakistan is $1254 during 2010-11 because of high population, which is not good for Pakistan’s future.  The concept of large family in Pakistan is very common and has become part of the culture. Many Pakistanis consider large families a blessing and do not bother to think if they are able to sufficiently feed and support the children. They think to have more children to be more earning hands. Another cause of high population is reduction in death rate. Death rate in 2010-11 is just 0.73%.

An arrival of refuges from Afghanistan and India is also resulting in more population. People are not aware of with the economic problems caused by high birth rate because lack of education. Literacy rate is 57.7% in Pakistan. Time passing and other enjoyments are very costly, many people can’t afford it. so, people have a more time to spend with their wives.  Firstly we have to control the birthrate and it will be possible when effective family planning should be introduced. Late marriages also will be helpful to control the over population. Contraceptive medicines should be introduced or very important thing which is Pakistani government should open the health clinics in all the regions and provide employment opportunities to talented population.