Rule Of Law ( In A Blissful Ignorance) 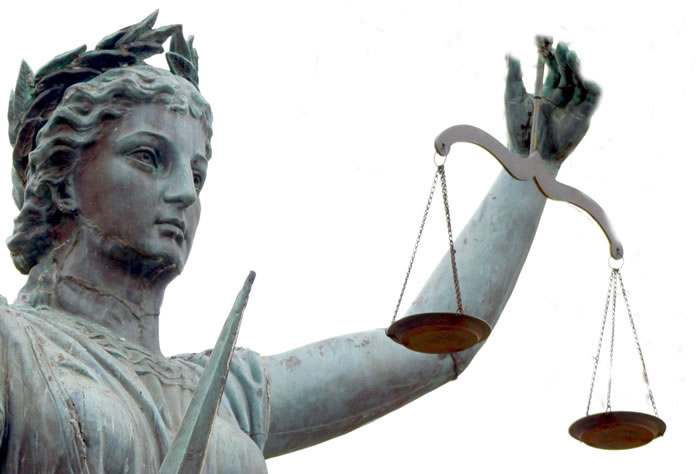 The rule of law is the legal principle that law should govern a nation, as opposed to being governed by arbitrary decisions of individual government officials. Derived from internationally accepted standards, the World Justice Project’s definition of the rule of law is a system in which the following four universal principles are upheld:

Plato, for case, composed that the state ought to be the “slave” of the law. Rule of Law is solely based on some solid principles which can not be altered or compromised in any case these includes, Constraints on Government Powers, absence of corruption, open government, fundamental rights, Order and Security, Formal (Civil & Criminal justice system) & Informal justice. Now keeping in mind the aforementioned seven golden principles let us ask ourselves have we ever executed any one of these principles in 69 years. Answer is ‘No’. Here rule varies from person to person one of the pinching reality of our Legal system can be highlighted as “You tell me the person I shall tell you the rule”. All punishments are enforced when it comes to a layman and in case of big wigs the system comes to rescue and all relaxations come in force, way and means are traced if not found are coined. Unfortunately we have double standards in all spheres of life. Courts declared deputation as deprivation of rights but have blessed many blue eyed men from clerical grade to top most ranks.

Pakistanis have failed to understand the true sprit of Plato’s saying. In our case we have reversed the quote of Plato in totality. Here, rule varies from person to person just like George Orwell’s Animal Farm, “All animals are equal, but some animals are more equal than others”. This led to injustice and menace of terrorism. Now sophisticated terms are being coined by our pseudo intellectuals & scholars instead of advising the government to find a simple and prudent solution. We are listening terms like Economic Terrorism, Political mafias and surprisingly the topic i.e. Rule of Law too was propounded and aired by a pseudo intellectual who was at the helms of the affairs for more than a decade. Rule of Law’ can not take its course at its own rather some sane minds will have to act and act fast before situation like Iraq and Syria arises here too. Because when there is duality of laws the society and its values start deteriorating. Pakistan needs to restructure its Judicial System from top to bottom on the lines of the West. Some readers may dislike this idea but the fact of the matter is, the West has adopted all the values of the Islam in letter and in spirit.

There everyone is equal before law. There is no discrimination in the system. Few individuals might be there but the entire system is transparent and it gives due opportunity. No one is condemned unheard. Its very pinching reality that our state institutions are undermining the Rule of Law, which is resulting into failure of institutions. The entire nation is running a race towards unclear goal. We need revive our dream, the dream which our ancestors saw. Unfortunately, at present we do not have any leadership capable of leading us towards our ultimate goal of the success. Hollow political slogans will not work. Let us once for all decide that aim of our lives should be Rule of Law in every walk of life. Present, Chief Justice and Chief Justice of Lahore High Court have the will and power to execute the golden principle i.e. Rule of Law.