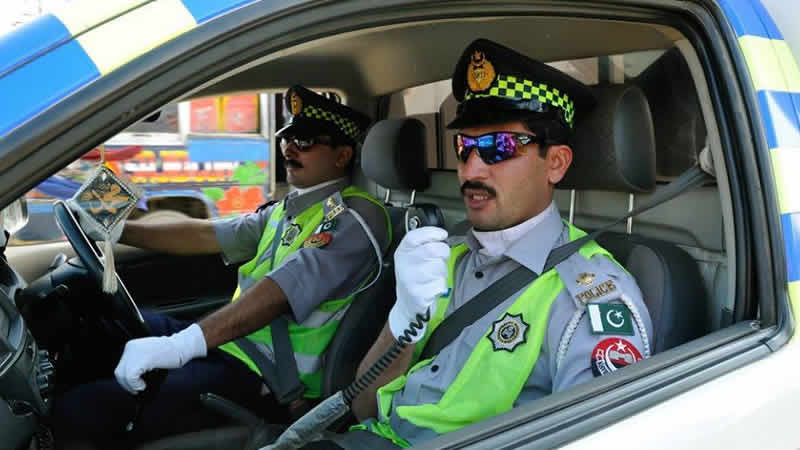 Obligingness and respectfulness have for quite some time been claimed as the aphorism of Punjab Traffic Police.

Be that as it may, as a general rule, this is not valid. I alongside my father on April 27, 2017 at 7:25 am while setting off to my University needed to stop at GPO Chowk Saddar, Rawalpindi.

Watching signal infringement by a few vehicles, cruisers and rickshaws, my father quickly called the attention of Traffic superintendents who were sitting absent-mindedly on their bicycles under the shade and were reading news papers and requested them to catch the wrongdoers.

One of them, got offended with my father as he disrupted in their babble and as opposed to get the violators, he hindered our direction and impolitely tested my father’s accreditations to “direct” him.

Not caring for the seniority of my father and solicitations from me and my sister, he didn’t aside his bike clear the way but he didn’t find any excuse instead of giving me a challan. In the wake of squandering around 25 minutes and retaining huge mental torment, he let us move.

A strict carefulness and observing framework is required to keep an eye on the execution of these traffic superintendents.

Inculcation Of Peace Education In Our Curriculum

Inculcation Of Peace Education In Our Curriculum