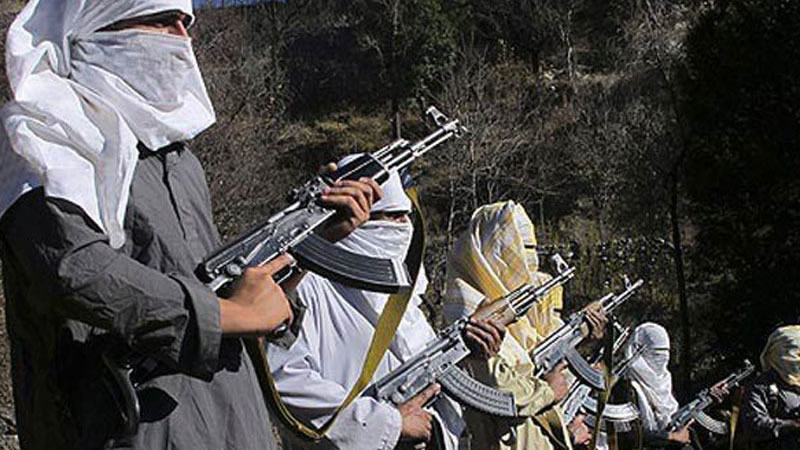 The Tehreek-e-Taliban Pakistan (TTP) has merged with its splinter groups Jamat-ul-Ahrar (JuA) and Hizb-ul-Ahrar (HuA) in Afghanistan, sources have revealed. Their sole objective is to restart terrorist activity against Pakistan while simultaneously sabotaging efforts to restore peace and stability in its war-ravaged neighbour, the sources warned.

The merger appears to have been in the making for several months. According to sources, representatives from TTP, JuA and HuA have met several times in different locations inside Afghanistan to discuss their reunification.

The effort even ended up in deadlock at one point recently, sources revealed. On August 13, talks had all but stalled, they said. Talks resumed three days later, but only after direct intervention by operatives from Afghanistan’s National Directorate of Security and India’s Research and Analysis Wing, the sources added.

The talks culminated in an oath of allegiance to bring the three militant factions together, which was held in Afghanistan’s Paktia and Kunar provinces, sources said. The agreement, reportedly, designates Mufti Noor Wali as the amir of TTP, making him responsible for all planned terrorist activities inside Pakistan. Meanwhile, JuA’s Ikram Turabi, who was bailed out from Peshawar Central Jail earlier this year, has been appointed the head of the Amari Shura.

Under the terms of the merger, all terrorist attacks would be sanctioned and approved by TTP’s Markazi and Rahbari Shuras. More alarmingly, their prime target will be Pakistan’s military, paramilitary and law enforcement.

But physical attacks seem to be only one aspect of the newly merged terrorist outfit, sources said. According to them, an intercepted voice message sent by TTP leader Maulvi Rafiuddin to TTP commander Abu Hamza revealed that the group plans to create the false impression that the merger took place in Pakistan to malign the country’s reputation and discredit its anti-terror gains. Not only is Rafiuddin based in Afghanistan’s Logar province, he has been know to coordinate meetings between TTP leaders and Afghan law enforcement agencies, sources further said.

There are still a few sticking points between the three militant groups despite the merger. According to sources, there is a stalemate between the terrorist factions over income from certain nephrite and marble mines in Mohmand. The JuA also wants TTP assistance in securing the release of JuA commander Ezatullah, who his currently in Afghan Taliban custody.

Islamabad has long accused Kabul of turning a blind eye toward TTP and other terrorists that fled to Afghanistan to escape counter-terrorist operations in Pakistan. Pakistan’s concerns were supported in a recent report presented to the United Nations Security Council that revealed massive TTP presence inside Afghanistan.

“A large terrorist group present in Afghanistan, Tehreek-e Taliban Pakistan, is led by Amir Noor Wali Mehsud, supported by his deputy Qari Amjad and TTP spokesperson Mohammad Khorasani,” the 26th report of the UN Analytical Support and Sanctions Monitoring Team read. “Many former TTP members have already joined ISIL-K and Member States expect that the group and its various splinter groups will align themselves with ISIL-K. The total number of Pakistani foreign terrorist fighters in Afghanistan, posing a threat to both countries, is estimated at between 6,000 and 6,500, most of them with TTP,” it added.