Issues related to Pak cricket are blown out proportion 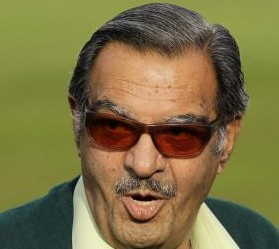 Pakistan cricket team manager Yawar Saeed admitted that the team has very few friends in the international cricket community and said that issues related to Pakistan cricket are always blown out of proportion.

Yawar, who returned home on Saturday after a medical check-up in Dubai, also dismissed allegations of ball-tampering against fast bowler Shoaib Akhtar.

“There are people who are always trying to run down Pakistan cricket and our players, and blow things out of proportion, like it happened in England. No charge has been proved against our players, still they were deemed criminals and that is sad,” Yawar said.

“No one wants to highlight the positives about Pakistan cricket,” Yawar said.

“As regards the ball-tampering charges, they were baseless and neither the umpires nor the match referee told me anything of that sort” Yawar said.

A British tabloid carried photographs of Akhtar tampering with the ball after the final one-day international against England in Southampton.

Asked about the tumultuous tour of England, Yawar said that he had done everything possible to protect the players.

“I couldn’t do anything about Scotland Yard inspecting the players’ rooms or questioning them that was all legal. But I wouldn’t like to state here the things I did to make life easier for the players,” he said

Admitting that the tour was one of the toughest of his career, Yawar said that the players had shown lot of character. “I think all of us learnt from this tour no doubt about that.”

Refusing to comment on Pakistani players’ alleged involvement in spot-fixing, “If the charges against these three (skipper Salman Butt and pacers Mohammad Aamir and Mohammad Asif) are proved, strictest possible action should be taken. But till then they remain innocent.”