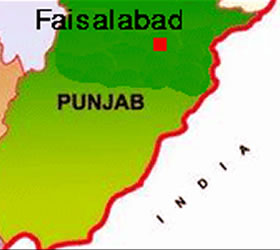 FAISALABAD: At least five people including three women were killed in an enmity-driven incident of firing in Faisalabad, Geo News reported Tuesday.

According to police sources, a man, Anwar Saroda along with his armed accessories opened fire at a house in Phallai situated at Jaranwala Road, killing Ali Ahmed, Pappu and Saroli Bibi on the spot and critically injuring two women Shamim Bibi and Nasrin Bibi. The injured ladies were being transported to hospital, when they succumbed to injuries, raising the death toll to five.

According to police sources, the incident is being further probed – Geonews