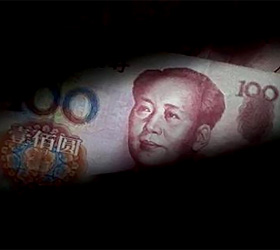 (Reuters) – Congressional passage of a bill to pressure Beijing to revalue its currency could further harm U.S.-Chinese trade relations already hampered by mutual mistrust and suspicion, U.S. companies invested in China said on Monday. With U.S. congressional elections looming on November 2, many U.S. lawmakers who blame unfair Chinese trade practices for American job losses are eager to show they are taking steps to get tough with Beijing and help tackle high U.S. unemployment. The U.S. Congress is considering legislation that would treat what lawmakers call China’s undervalued yuan currency as an export subsidy, a step that would give the U.S. Commerce Department increased ability to slap duties on Chinese goods.

The U.S. House of Representatives is expected to pass the bill this week, but its future in the Senate is uncertain. “If we take this additional step, it’s going to continue this downward spiral,” Tim Stratford, a former U.S. trade official who was part of a delegation visiting Washington from the American Chamber of Commerce in Shanghai, told reporters. The American Chamber of Commerce in Shanghai bills itself as the “voice of American business” in China. Its board of governors includes top company officials from the Chinese operations of Citibank, FedEx, Goodyear Tire & Rubber, APCO Worldwide, Corning and General Motors.

The U.S. Commerce Department on Monday set final duties ranging up to 61 percent on hundreds of millions of dollars of copper pipe from China in one of several disputes causing friction between the two countries. The move came a day after China upheld heavy duties on imports of chicken parts from the United States, as Beijing stood firm on a long-running dispute over mutual market access.

Chinese Vice Commerce Minister Chen Jian, speaking to reporters during a visit to Taiwan, said China would set policy on its currency according to its own needs. “We’ll make a decision based on our own economic development levels and the world economic situation. If it takes the yuan to appreciate for our economy to develop, we will do it even though it would have negative impact,” Chen said. “But it is redundant for the U.S. Congress to pass the proposal. The U.S. House Ways and Means Committee approved the yuan bill last Friday. The full House is expected as early as Wednesday to pass the bill with broad bipartisan support. But it may never become law because it is not currently scheduled for action in the Senate.

ONGOING QUARRELS
In past months, Washington and Beijing have also quarreled over Chinese government procurement policies, Internet censorship, U.S. arms sales to Taiwan and American sympathy for the Dalai Lama, the exiled Tibetan spiritual leader. Bilateral ties have been complicated by tensions between China and neighbors South Korea and Japan — U.S. security allies. U.S. support for Southeast Asian nations with competing territorial claims with China in the South China Sea is also a point of contention between the United States and China.

If Congress passes the currency bill and President Barack Obama signs it into law, the Chinese government could retaliate in a number of ways, ranging from steps to discourage U.S. imports to making it harder for U.S. companies to do business in China, Stratford said. Stratford, who until last year served as assistant U.S. trade representative for China, said China’s government and people have a lower opinion of the United States amid constant American complaints about Chinese trade practices and other concerns.

Chinese companies and consumers, sensitive to the political tensions between the two countries, also could shun the United States and turn even more to suppliers such as Japan, Germany and Brazil for imported goods, he said. “The chance of these two types of things happening is quite great because the Chinese will find it offensive that Congress feels it needs this type of legislation,” Stratford said.

U.S. poultry producers have been reminded of how they got caught in the cross-fire after President Barack Obama slapped duties last year on Chinese tires. On Sunday, the Chinese Ministry of Commerce set final anti-dumping duties ranging from 50.3 percent to 105.4 percent on chicken parts from the United States, hitting companies such as Tyson Foods, Pilgrim’s Pride and Sanderson Farms.

Those were in addition to final countervailing duties that China imposed last week to offset alleged U.S. government subsidies to poultry. The USA Poultry & Egg Export Council flatly rejected that it “dumps” product in China at unfairly low prices or benefits from government subsidies. It said it was a victim of Chinese retaliation for Obama’s tire decision last year.

“It’s truly unfortunate that our industry has ended up in this situation, especially because the issues that created this disaster were not of our making and are beyond our control,” the group’s president Jim Sumner said – Reuters