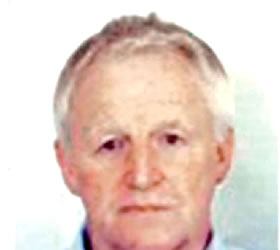 NEW DELHI: At first glance, you might take him for the coach of one of the teams. Actually, at 72, Willie Wood is older than his coach, but he’s come out to play. Yes, this Scot is among the ‘oldest’ attractions at the Games.

Scotland’s lawn bowls player Willie Wood is the oldest competitor at the Delhi Games. “I started bowling at the age of 12 and I have no plans to stop any time soon. Never say never,” said Woods, eyeing a medal in the triples category. His last CWG medal came at the 1990 Auckland Games when he won a gold.

“This is my eighth Commonwealth Games,” the MBE award winner, speaking about his record feat, told TOI.
“The first was in 1974. In between, I missed the 1986 and 2006 events,” added the legendary bowls player who was inducted into the Scottish Hall of Fame in 2007.

Wood has also competed in nine World Championships, grabbing 15 medals, as compared to his collection of four CWG medals. “In the Worlds you can compete in two events while in the CWG you are allowed entry in only one event,” the veteran said explaining the difference in medal count.

At the age of 18, Wood joined the British Army for compulsory service and served in Germany in the Royal Electrical and Mechanical Engineers. After the stint in Army, the motor mechanic started Wood’s Garage, to make ends meet, while he pursued his passion – lawn bowling – which he inherited through the generations.

Woods recalled how he had missed the Edinburgh Games as he had turned a pro. “That time if you were professional you had to deposit your earnings in a trust. I refused to do that and had to sit out.”