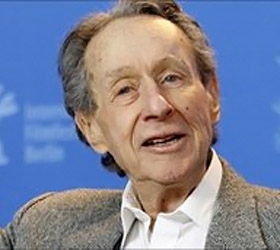 Director Arthur Penn, best known for making Bonnie and Clyde and Little Big Man has died, a day after his 88th birthday. His daughter, Molly Penn, said her father died at his Manhattan home of congestive heart failure. A memorial service has been planned for the filmmaker before the end of the year. Penn made his name directing Tony-award winning Broadway shows such as The Miracle Worker and All the Way Home.

He began to carve out a career in film in the 1960s with his work, which was inspired by the decade’s political and social upheaval. Penn’s other films included his adaptation of The Miracle Worker, which featuring an Oscar-winning performance by Anne Bancroft. He also made The Missouri Breaks, starring Marlon Brando and Night Moves with Gene Hackman. But it was the 1967 hit movie Bonnie and Clyde that he will mostly be remembered for.

Violent content:
The hugely influential film, based on the true story of the famed outlaws of the 1930s – Bonnie Parker and Clyde Barrow – starred Warren Beatty and Faye Dunaway. Although it initially flopped, it was re-released in 1968 and divided critics and fans over its violent content.

It was was nominated for eight Academy Awards, including best director and Estelle Parsons won the prize for best supporting actress.
In a documentary called A Personal Journey With Martin Scorsese Through American Movies, Penn commented on the level of violence that he included in the film. “I thought that if were going to show this, we should show it,” he said.

“We should show what it looks like when somebody gets shot,” he added. Comparing the content with combat pictures from Vietnam, he said the graphic images of war were “every bit, perhaps even more, bloody than what we were showing on film.” Although he was nominated for a further two Oscars in his career – for Alice’s Restaurant and The Miracle Worker – he always left empty-handed. Penn was known for allowing actors to improvise and getting a wide range of expression from them in return.

But his career path did not always run smoothly. He stopped making movies for many years, returning to Broadway in protest at Warner Bros. letting someone else edit his 1958 film The Left Handed Gun. And a disagreement with actor Burt Lancaster led to him being sacked from 1964 movie The Train.

His later works failed to recreate the popularity that Bonnie and Clyde had generated at the box office, although Night Moves (1975), The Missouri Breaks (1976) and Four Friends (1981) – won critical acclaim. Penn’s older brother was photographer Irving Penn, who died in October last year. A watchmaker’s son, Penn struggled to learn his father’s trade, who died before seeing any of his films. “He went to his grave despairing I would never find my way in the world,” the director one said, “and the movies rescued me.” – BBC