Pagara predicts army rule, no elections for 30 to 40 years 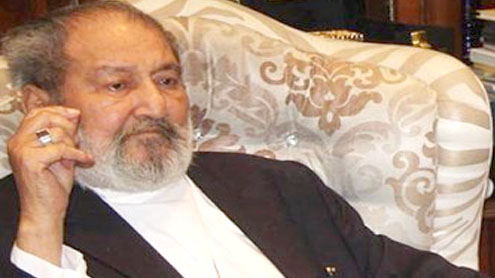 KARACHI: There will be a bloody revolution in the country soon, following which every army chief will nominate himself as the president for three years and there will be no general elections for the next 30 to 40 years, PML-F chief Pir Pagara said on Tuesday.“There will be civilian-disciplined dictatorship,” he added. Speaking at a press conference at his residence Kingri House, the spiritual leader of the Hurs said that under the civilian disciplined dictatorship, constitutional boundaries would be formed.“Those who are out of country and want to return must keep away and those who are in the country must leave it,” he added. Pagara said that President Asif Ali Zardari has earned wealth but cannot enjoy it. He also said that PML-N chief Nawaz Sharif should start praying for his life.Replying to a question on Shah Mehmood Qureshi, Pagara said that the former foreign minister’s future is bright but he has become alone. Pagara said that the PPP and the PML-N are heading towards their demise and that is why they have started giving statements against each other.He also held media institutions responsible for the current unrest in the country – PT