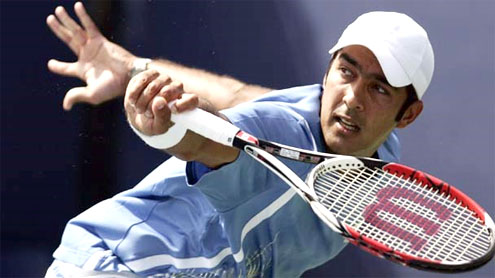 RAWALPINDI: Pakistan Tennis Federation (PTF) organized a first-ever fund raising lunch in Dubai (UAE) which fetched sponsorships for its next two years programme. The heads and representatives of renowned multi-national companies based in Dubai attended the lunch while Ehtsham ul Haq and Nousheen Ehtsham, parents of star tennis player Aisam ul Haq, especially flew to Dubai to participate in the event.The Federation has got sponsorships for the first Aisamul Haq All Pakistan Tennis Cup to be held in April this year which is indeed a great success, Senior Vice President of PTF, Irshad Bhatti told APP here after returning from Dubai.He informed that the Federation has also planned to construct a covered tennis court for which the Federation has been able to get sponsorship during the fund raising lunch.Irshad Bhatti who is also spokesman of Pakistan Tennis Federation, said that he and President, PTF, Kaleem Imam also held bilateral meeting with Vice President of UAE Tennis Federation, Abdul Rehman Falaknaz and discussed ways and means to further promote tennis in Pakistan.During the meeting, it was agreed that the UAE Tennis Federation will provide financial support for development and promotion of tennis in Pakistan. It also offered training facilities for the Pakistani players in UAE, he added.
He said it was also decided to give a wild card entry to Pakistani players in tennis tournaments being held in UAE.The Senior Vice President informed that UAE Tennis Federation will also set up a tennis academy at the PTF Complex and stage at least two tournaments annually for which a delegation of UAE Federation will visit Pakistan this month.He also informed that the PTF is in contact with Turkish Tennis Federation and expressed the confidence that this step will further enhance popularity of tennis in the country – APP