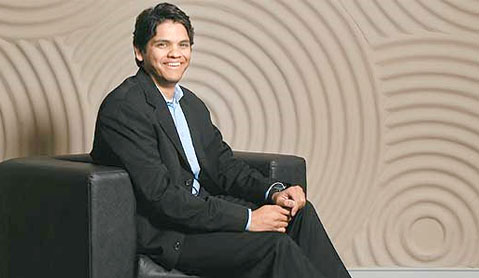 CHENNAI: With IT companies and their stocks emerging strongly from the recession, the focus is shifting to how much their top executives are taking home as salary.Late last week, IT major Cognizant disclosed its top executives’ remuneration to American stock exchanges. CEO Francisco D’Souza earned $1.36 million as salary and bonus in 2010. That would roughly be Rs 6.14 crore converted at Rs 48.58 per dollar. This includes a base salary of Rs 2.44 crore and a bonus of Rs 3.7 crore.In comparison, Vineet Nayar, the managing director and chief executive of HCL Technologies, took home a total of Rs 4.54 crore out of which Rs 1.2 crore was base salary (as of June 2010), according to think tank CMIE.Natarajan Chandrasekaran of Tata Consultancy Services (TCS) earned Rs 2.97 crore, which included a bonus of 2 crore. S Gopalakrishnan of Infosys earned Rs 1.01 crore and Arun Jain of Polaris Software got Rs 1.62 crore. Even Wipro’s two outgoing CEOs Girish Paranjpe and Suresh Vaswani were paid Rs 2.11 and Rs 2.96 crore respectively (as declared on March 31, 2010).On a standalone basis, these salaries are not globally competitive, say recruiters. “Salaries of Indian CEOs are artificially kept low because astronomical figures at higher level will raise demands for appropriate increase in salaries in levels down the chain. This is particularly true of Indian IT companies,” said Ganesh Shermon, partner & country head (human capital) at KPMG India.”But if you combine their other two sources of income – commissions (a percentage of the overall profit as pay) and stock options, then yes, the salaries are truly competitive in the global sense. Indian IT stocks are doing better than global stocks and this helps too,” Shermon said.However, even on a standalone basis, CEO salaries are rising. “Local growth factors in conjunction with strong demand for talent are fuelling this (salary) growth,” says James Agarwal, consulting director and business head at BTI Consultants, a HR firm specialising in senior executive searches. Indian talent, he said, is in high demand not only within the country but also globally and the influx of MNCs is only reinforcing the trend.

“Also the fact that average tenure of CEO in India is lesser compared to western nations contributes to this since they need stronger incentive.”An interesting feature is that, unlike the US, where bonuses will be huge compared to salaries, in India salaries are almost equal to the bonuses paid out. TCS, and to some extent Cognizant, is an exception. “Indian corporates play it safe by having a stronger guaranteed component. Ideally, a big chunk of it should be bonus which should be evaluated on the basis of the company’s performance. Increases in salary should happen in bonuses and not in the guaranteed component which should be affected only by inflation – TOI