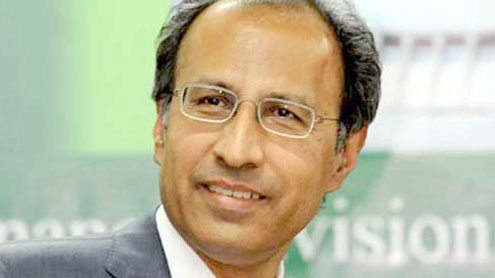 ISLAMABAD: The Economic Coordination Committee (ECC) of the Cabinet met on Tuesday with the Finance Minister Dr Abdul Hafeez Sheikh and allowed import of 7 more items from India — to improve the competitiveness of the local industries. The official sources informed that the ECC has allowed import of tool and tapping thread, plant and machinery for extracting and refining of rice barn oil, laboratory testing equipment for pharma industry with their accessories and spares, air brakes equipment and spares for rail locomotive, laboratory glassware of all sorts, methylisoxazole-seulthanmoyl-acetamide and intermediate for pharmaceutical products and cotton waste Import of such items would also help reduce the cost of import as newly allowed items import from India would cost less to the Pakistanis — compared with import from other countries. Official sources informed that during the trade policy consultation with the private sector had demanded the government allow import of over 40 types of raw materials, semi-finished products, machinery, plants, chemicals and dyes for textile and leather processing industries. However, the Ministry of Commerce had recommended earlier to the Prime Minister to allow import of only 7 items and got the approval from the Premier. On Tuesday, during the meeting of the ECC, formal approval for allowing import of 7 more items from India has been granted and now the Ministry of Commerce would notify these items for inclusion in the Appendix-G containing the list of items the import of which is allowed in Pakistan. With the approval of the allowing import of 7 more items from India, now total number of items importable from India has increased from 1935 to1942 items. The import of such 7 new items from India now requires the importing industries to approach the Ministry of Commerce for obtaining the permission for the import through land route. Earlier, the ECC approval for the import through land route, less cost option, was mandatory, however, now the ECC has already delegated it’s powers to the Ministry of Commerce to decide the import of any items through it’s own. Items appearing against serial numbers of the importable items list 1-23, 45, 46, 47, 48, 142, 211-214, 220, 269, 1147, 1149-1194, 1288-1315 and 1579 of the Appendix are allowed via land route also through trucks from Wagah.

Import of blankets and tents falling under HS Code 63.01 and 63.06 respectively had also been allowed to be imported from India as relief goods for earthquake victims by land route as well. Import of vaccines appearing any where in the importable items list have also been allowed only from World Health Organization (WHO) approved plants. It’s worth mentioning here that Pakistan has linked the free trade or Most Favored Nation (MFN) status to India with resolution of Kashmir issue and imports from India are being governed under positive list that has now expanded to 1942 items. Although Pakistan has signed the South Asia Free Trade Area (SAFTA) agreement, Pakistan has limited its tariff reduction benefit for India on items included in importable items list from India contained in Appendix-G of the Import Policy Order 2009 and items notified after the issuance of the Import Policy Order 2009. The Ministry of Commerce is expected to notify Import Policy Order 2011 and Export Policy Order 2011 in the near future through which it would make part of the order 18 regulatory changes approved by the government – Dailytimes