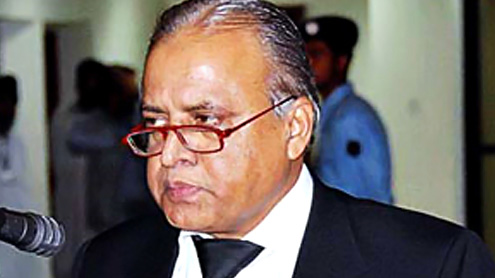 Justice (retired) Abdul Hameed Dogar apologized to the Supreme Court for taking oath under the Provisional Constitutional Order of November 2007.

During the hearing of the contempt of court case against the PCO judges, the attorney general submitted the apology letter of justice (r) Dogar to the court. The court accepted the letter.

The court also accepted Justice Zahid Hussain’s application of retirement before the end of his office term and ordered to stop the proceedings of contempt of court case against him.

Six other PCO judges asked the time for two weeks in the contempt of court case. The SC asked the judges to give a joint application for stopping the conviction and adjourned the hearing for two weeks – Dunya News