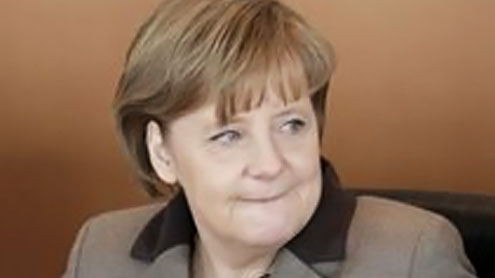 BRUSSELS – The next three weeks will be crucial for Europe to finally get a grip on the debt crisis that has crippled its currency union and to set up stronger foundations for when it is past the storm.

A series of EU summits this month kicks off Friday in Helsinki, where the eurozone’s conservative leaders will wrestle over how much of their sovereign economic decision-making they are willing to sacrifice for the sake of a more stable euro.

The debate will culminate on March 25, when heads of state and government hope to seal the “comprehensive solution” to the crisis they have promised to the markets.

At the center of the debate are demands for stricter budget rules and economic reforms from strong economies like Germany and the Netherlands pitched against pleas for more help and leniency from the currency union’s weaker members.

But as the meetings get under way, divisions are growing about what to do and how quickly. In particular, Germany is reluctant to spend on direct support for weaker countries’ bond markets, which the European Union’s executive Commission and the European Central Bank are pushing for.

In the middle of all that, European regulators are studying how to design new stress tests for banks, whose troubles are central not only to the problems in Ireland but also to any action on sovereign debt.

“There are so many balls in the air right now,” said Carsten Brzeski, senior economist at ING in Brussels, adding that the wealth of issues might make it difficult for governments make ambitious decisions.

The clashing positions among eurozone countries will be obvious in Helsinki, even though all attendees are members of the same European People’s Party, the center-right bloc in the European Parliament.

There is Germany’s Angela Merkel, who is reluctant to put up more money to help less disciplined countries; Enda Kenny, Ireland’s prime minister in waiting, who is not only demanding lower interest rates on the country’s bailout but has also raised the idea of making senior bank bondholders take losses; European Commission President Jose Manuel Barroso, who has called for broader powers and more money for the region’s bailout fund; and Yves Leterme, the caretaker leader of Belgium who is in no position to give up on his country’s treasured system of inflation-linked wage increases, as demanded by Germany.

And that cast of characters does not even include the center-left leaders of Spain, Portugal and Greece — each struggling with their own crises.

Faced with such division, analysts increasingly expect a watered-down deal by the end of the month that falls well short off the overhaul of the eurozone’s crisis strategy that had seemed tangible just weeks ago.

Despite sustained high borrowing costs for Portugal, seen as the most likely candidate to follow Greece and Ireland in seeking an international bailout, the sense of urgency appears to have eased in markets — and therefore some governments — at least for the moment.

The decisive player over the next three weeks will be Germany. Merkel, struggling at home, has set her hopes on a so-called “pact for competitiveness,” which could give her something in return for extending more help to the eurozone’s stragglers.

Originally, Berlin had demanded that eurozone countries improve their economic performance through unpopular measures like getting rid of automatic inflation-linked wage increases and agreeing on a common base for corporate taxation.

However, over the past month those measures have been softened by separate proposals from the Commission and EU Council President Herman Van Rompuy, which would leave governments with vague commitments to create limits to national deficits and make pension systems more sustainable.

On the pact, “we will get some nice statement, agreeing on the common goals,” said Brzeski. Firm targets or even sanctions for breaking rules are unlikely, he said.

When it comes to the overhaul of the region’s bailout fund, the European Financial Stability Facility, analysts are even more skeptical. The EFSF determines the interest rates a country has to pay. More importantly, the ECB, the European Commission as well as Portugal have been calling for the fund to get broader powers, such as buying government bonds on the open market or extending short-term liquidity lines to struggling countries.

But Merkel and the German central bank have both frowned upon such wider powers. Moreover, the German parliament has indicated that it might block any changes that could allow the bailout fund to buy bonds.

The most likely outcome at the end of the month, Darvas says, is that Greece will get more time to repay its euro110 billion rescue loan and possibly a lowering of the high interest rates for Greece’s and Ireland’s bailouts.

On top of that, leaders are likely to boost the lending capacity of the EFSF, said Brzeski. At the moment the so-called European Financial Stability Facility can only lend about euro250 billion of the promised euro440 billion to struggling governments due to a raft to cash buffers required to give the facility a good credit rating.