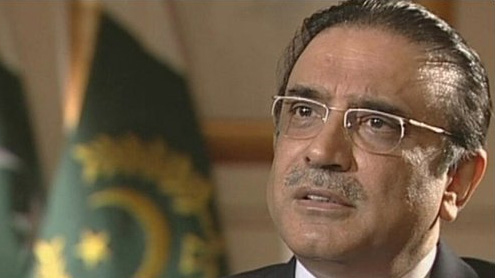 The Presidential Spokesperson Farhatullah Babar said that the economic managers briefed the President about the state of the economy and the steps being taken to address the challenges.

The President emphasised the need for enlarging social safety netfor the poorest of the poor, broadening the tax base and giving special incentives for attracting remittances from overseas Pakistanis through regular banking channels.

The President said that during his meeting in Kuwait with Turkish President Abdullah Gul  the Turkish President had offered to send his Minister to Pakistan to examine participation in the shares- based bonds soon to be floated by Pakistan.
The President stressed for early completion of preparations for floating the bonds, he said – App