by top2
in Pakistan, Punjab
0 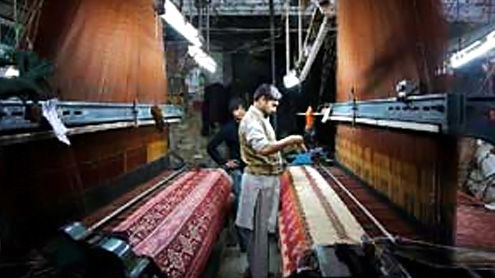 The industrialists of Faisalabad decided to postpone their call of long-march scheduled on 5th March after they had a meeting with Chief Minister Punjab Mian Shahbaz Sharif.

A twenty five member delegation of industrialists belonging to Faisalabad had a meeting with Chief Minister Punjab Shahbaz Sharif at Chief Minister’s Secretariat. CM assured the delegation that he will try his best to resolve their problems as soon as possible.

After the meeting, Provincial Law Minister Rana Sana Ullah talked to media in which he said that issues of Faisalabad traders are economic and not political. He maintained that article 158 is being misused with the 18th amendment. He also said that Chief Minister along with delegation of industrialists will meet Prime Minister in two days and will notify their reservations regarding these issues – Dunya News