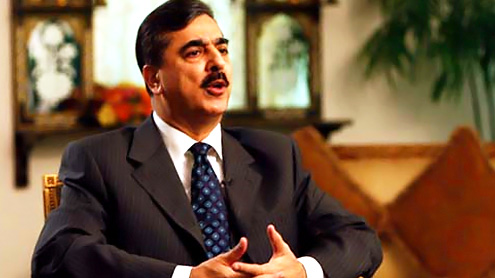 ISLAMABAD, March 3 (APP)- Prime Minister Syed Yusuf Raza Gilani on Thursday said it was the need of hour to abide by Constitution and rule of law in order to strengthen state institutions.All the political parties including the main opposition party, had rendered great sacrifices for restoration of democracy and it calls for adherence to the Charter of Democracy, to further solidify the gains,he added.The Prime Minister was talking to PML-N Quaid, Mian Mohammad Nawaz Sharif on telephone late Thursday evening.

The Prime Minister said that the issues and challenges confronting the country require collective wisdom and efforts to solve these in the interest of the people.
The major political parties have greater responsibility on their shoulders in this regard, he added.

He said that both terrorism and economy are the major challenges which are inter-related and require focused attention of the whole nation, so that concerted efforts could be made for the welfare of the people.

The Prime Minister asked the PML-N Quaid that the situation in Punjab must be de-linked from the National Economic challenges in order to help create economic opportunities for the people of the country.

Mian Mohammad Nawaz Sharif agreed in principal with the Prime Minister that the major challenges facing the country require collective and concerted efforts.

He said that his party would support the efforts directed towards welfare of people of the country.