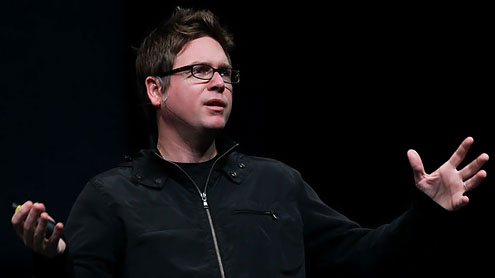 SEOUL, South Korea – Twitter Inc. co-founder Biz Stone said his company wants to remain independent despite what he called “rumors” it could be acquired.

“I believe there is a lot of room for another Internet giant to succeed,” Stone said Thursday. “So our goal with Twitter is, has been, and will continue to be to remain an independent company no matter what rumors are swirling.”

Stone, who made the comments at a conference in the South Korean capital on the global economy and the future, was responding to a question from a participant about speculation in the media that Google Inc. or Facebook Inc. want to acquire the privately held social networking service.

“There’s always another rumor that somebody’s trying to acquire us,” Stone said. “But our goal is to have a positive impact on the world, build a wonderful business on top of that and have a blast doing it. That’s always been our goal. That’s what we want to do.”

The Wall Street Journal reported last month that Google and Facebook have both held talks with Twitter about a purchase.

Regarding the general issue of company acquisitions, Stone said that the key factor is for the larger company to respect the culture of the smaller one.

“I think Google did a really good job when they acquired YouTube because they allowed it to remain independent and they allowed that management structure and a lot of those things to stay in place that made YouTube great,” he said.

Stone prefaced those comments, also in response to a question, by stressing that they were meant to be general in nature – Yahoo News