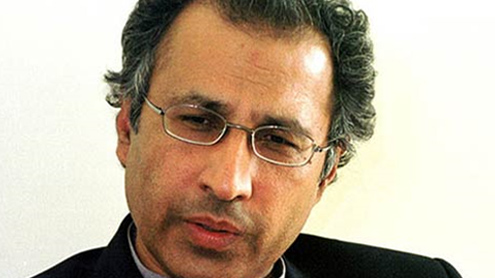 Federal Minister for Finance and Economic Affairs Dr.Abdul Hafeez Shaikh said on Friday that the government under the 7th NFC (National Finance Commision) Award has transferred Rs.300-400 billion to the provinces and increased their share from 50 per cent to 57.5 per cent.“The Federal government by increasing the share of the provinces has financially empowered them(the provinces) so that they could build their capacity and provide maximum facilities and services to the masses,” Dr.Hafeez Shaikh said this while addressing the participants of the inaugural ceremony of the Golden jubilee celebrations of the Institute of Chartered Accountants Pakistan (ICAP) at Serena Hotel this evening.Auditor General of Pakistan, Tanvir Ali Agha, Former Finance Minister Sartaj Aziz, former Chairman Federal Board of Revenue (FBR) Abdullah Yusuf and President of ICAP Saqib Masood also spoke on the occasion.

The minister said that the government inherited a shattered economy when PPP-led government came into power in 2008 and this was also accepted by the then Finance Minister Senator Ishaq Dar. Dr.Hafeez said that government has brought down inflation form 25 per cent in 2008 to 12 per cent now while Fiscal deficit was 7.6 percent which has been brought down to 6.3 per cent in 2010 and would further be brought down to 4 per cent during the current financial year.He said that devastating flood caused an over all damage of US $ 10  billion.
He said that out of total US $ 10 billion Agriculture and livestock suffered a loss of US $ 5 billion,while Housing sector suffered a loss of US $ 2 billion and the calamity caused a loss of US $ 3 billion to public infrastructure in the country.For the first time in the history of Pakistan foreign exchange reserves  have increased to over US $ 17 billion while exports would cross US $ 22 billion,he said.Hafeez said that today Pakistan is at the critical juncture and in order to continue upon the road to recovery and a stable  recovery “We need cooperation of the ICAP and its members.

He said that Finance and accounting is the backbone for any business or opportunity and who better to understand the accounting than the chartered accountants.The minister said that ICAP had really pioneered the development of corporate governance in Pakistan and has instrumental in creating an understanding of clean and accurate reporting in the corporate sector , improving business environment and increasing economic activity in the country.He assured the members of the Institute that government would continue to take guidance from their professionals in the growth of national economy.The other speakers highlighted the importance of Chartered accountants in the promotion of good governance and transparency in the corporate sector – APP