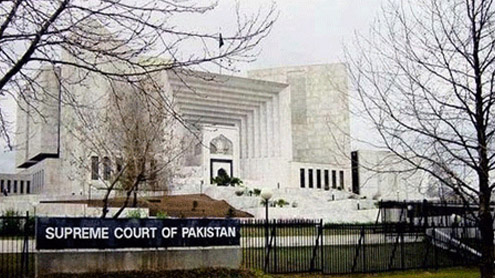 The Supreme Court (SC) of Pakistan on Friday suspended the decision of Parliamentary Committee (PC) regarding the extension of judges’ service. A four-member bench of the SC, headed by Justice Mahmood Akhtar Shahid Siddiqui heard a plea against the rejection of extension in the service of four additional LHC judges and two additional SHC judges by the Parliamentary Committee (PC). Other members of the bench include Justice Jawwad S Khawaja, Justice Khilji Arif Hussain and Justice Tariq Parvez.