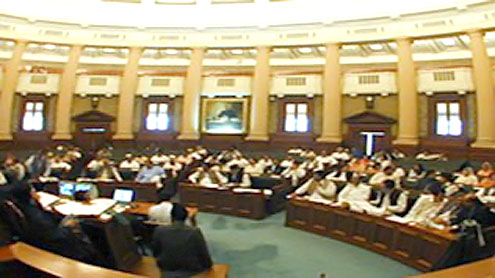 Eleven chairmen of the Punjab Assembly’s standing committees have officially resigned from their posts while three special assistants to the Punjab chief minister have also disassociated themselves from their seats.The Unification Bloc has declared an unconditional support to the Pakistani Muslim League-Nawaz government in Punjab and has also made it clear that its members will not seek cabinet positions.The members of the bloc have handed over their resignations to Punjab Law Minister Rana Sanaullah. The minister has confirmed that he has received the resignations.According to sources, chairmanship of the standing committees is not a government office, therefore, resignation will be rejected by the Punjab Assembly speaker. However, resignations of three special assistants to the chief minister will be accepted – Dunyanews