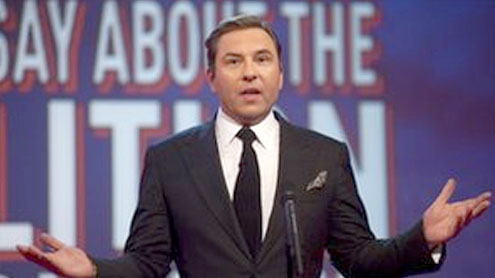 I mean if I was slumped on the desk not saying anything I think it really wouldn’t have been very entertaining but you could see I was a little bit delirious towards the end.”The comic said the first thing he was going to do was have a shower as he had not had time to wash during his brief five minute breaks.In 2006 Walliams swam the English Channel for the Sport Relief charity, eventually raising more than £1m after training for nine months.Comparing the two events, he said: “I trained for a long time to swim the Channel so I was kind of ready to do that.”With this I had a lot less sense of how it was going to work out because I really didn’t know how I would be after staying awake for so long and also being on TV and trying to be entertaining – it is so different.”Walliams switched between the roles of team captain, panellist and host across the day, participating in shows such as Never Mind The Buzzcocks, Have I Got News For You and Would I Lie To You? – BBC