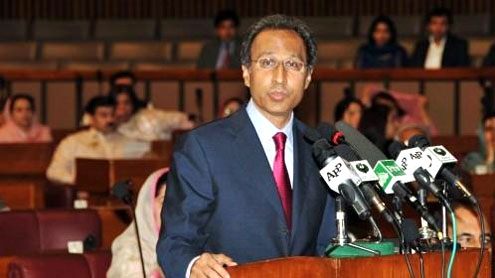 KARACHI: Federal Minister for Finance Dr. Abdul Hafeez Shaikh on Saturday launched the leveraged market products at Karachi Stock Exchange (KSE).Speaking on the occasion, he said that introduction of margin trading, margin financing and securities lending and borrowing was long over due. “This will enhance trading volume and bring in transparency in the stock market”, he added.The Minister said that the government will consider every proposal of fiscal or tax measures to encourage listing of new issue on stock market.The government would also like to enlist more public sector organisations on stock market for their revival, promoting efficiency in these entities and bring in more investment.Referring to the forthcoming budget, he invited proposals from the apex body and suggested them to form a group for devising tax proposals.Finance Minister advised the premier exchange to work on debt market development so that the government can generate capital for the development of infrastructure projects.Talking about the economy he said that despite big challenges, the economy was showing encouraging signs. “Exports, for the first time, will cross $ 22 billion while remittances will cross $ 11 billion mark”, he noted.He said the government  is targeting its subsidies towards the poorest of the poor while the rural economy was better off with higher prices of agricultural produce this year.He  said  the government was trying to maintain a balance in a coalition government. However, he made it clear that the government will not allow politics to degenerate the economy. “Similarly, we do not allow partners to overcome national economy”, he observed.Earlier, Chairman SECP Mohammad Ali in his speech  called for encouraging new listing, development of debt market and commodity market.He urged the government to borrow from debt market and called for early passage  of Demutualisation Act from the Parliament.Chairman KSE Board Muneer Kamal urged the Minister to look into the possibility of reducing mark up rates to lower financial cost in the country.Acting Managing Director KSE Haroon Askari said that lack   of leverage products was the major cause behind low volumes in the market for the past year.He pointed out that default rules have been changed to make players more responsible – APP