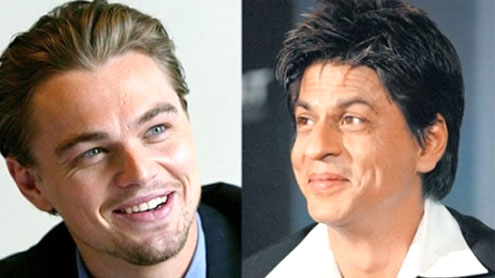 IF ALL GOES well, Shah Rukh Khan (SRK) will be sharing screen space with Leonardo DiCaprio in a cross-cultural thriller called Xtreme City .SRK’s biographer (Still Reading Khan) and screenplay writer Mushtaq Sheikh has penned the script with Hollywood writer-director Paul Schrader, who will direct the movie.Martin Scorsese has come on board as a producer with David Weisman for the movie, where SRK will essay the role of an underworld gangster while DiCaprio will be playing a New York cop.“Its a cross-cultural thriller designed for both Bollywood and Hollywood – one where both Indian and American protagonists are balanced human beings and the story treats them in their full complexity without either culture being diminished or taken for granted. And if we get it right..this will be an attempt at true global entertainment,” Sheikh said.Explaining the tile, Sheikh said, “Paul decided on Xtreme City because majority of the film is based in Mumbai and no other word catches the enigma of the city like Xtreme City. After all Mumbai is a city of extreme ‘extremes’.Sheikh said the idea of this project was born last year when SRK met Weisman, Scorsese, Schrader and DiCaprio at the Berlin International Film Festival. He said Xtreme City is the story of two men from radically different worlds. Both served in the UN peacekeeping force in Somalia during the 1990s. The American saves the Indian’s life then brings him home; in the aftermath they became indebted to each other then go their own separate ways.“The American becomes a cop in New York, the Indian a gangster in Mumbai. Many years later, the American is compelled to come to India to seek help from the Indian comrade whose life he had saved,” Sheikh said – Khaleejnews