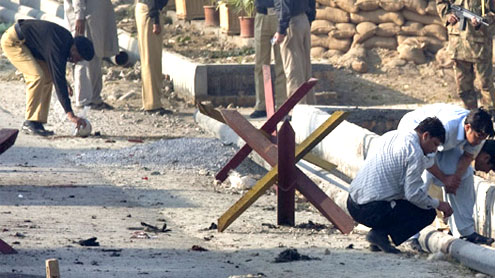 FAISALABAD: At least four people were killed and 17 were injured in an explosion that took place near the army recruitment centre in Faisalabad on Tuesday,talking with media.The explosion also damaged nearby buildings.Police cordoned off the site of the blast and rescue officials were shifting the wounded to nearby hospitals.The nature of the blast was yet to be determined.Television reports showed piles of bricks, and chunks of twisted metal from cars strewn across the wrecked station – Dawn