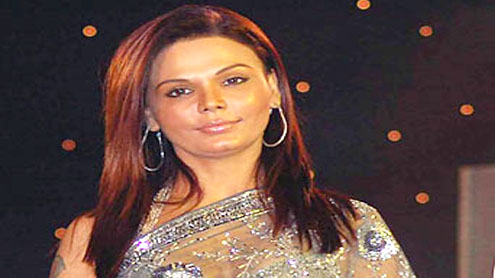 Limelight moth Rakhi Sawant has now taken off on godmen and other saffron-clad religious individuals.In the course of her sojourn on a reality show in Delhi Rakhi who likes to be friendly with people from every walk of life, spread some extra warmth and sunshine on a Delhi-based godman Swami Aravind.Apparently embrassed by the actress’ PDA, the Swami accused Rakhi of “molesting” her.Livid and somewhat rightly so, Rakhi lashes out, “People call me a publicity seeker. But in my experience those around me are far more publicity-hungry than I am. What can I say about this person, except that I am now used to people earning their bread at my expense.”Rakhi takes off on the whole cult of godmen. “I think many of these self-declared godmen misuse the saffron robe. Hiding behind that attire they harbour all kinds of evil intentions.We actresses are often accused of being cheap publicity-seekers. But at least we don’t make spread poison in the garb of religion.We don’t make a fool of the public.We are what we are.”Rakhi’s co-contestant on the reality-show is Veena Malik who is being labelled the Rakhi Sawant of Pakistan. Apparently there is no love lost between the two during the show and constant friction between them.Rakhi turns surprisingly diplomatic over the issue. “We are not friends.But we are cordial with each other. If she is known as the Rakhi Sawant of Pakistan I’m happy for her. It isn’t a small matter to be whom I am – Santabanta