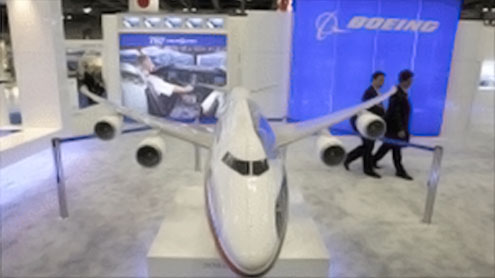 Boeing has won orders worth $10bn (£6.2bn) from two airlines in China, showing the country’s importance to the aviation industry going forward.Hong Kong Airlines and Air China have agreed to buy Boeing aircraft including the 787 Dreamliner.The deals were sealed at the Asian Aerospace conference in Hong Kong.As the popularity of travel increases among Chinese consumers, Chinese airlines are eager to expand their fleets and international routes.Hong Kong Airlines ordered 38 aircrafts including six 777s, as well as 32 of Boeing’s new 787 Dreamliners.The deal is worth $8.5bn.Yesterday, Air China announced it would buy five 747-8s from Boeing for $1.5bn.The deals come after the vice-minister of the Civil Aviation Administration of China said the country expects to order more than 2000 aircraft, over the next five years – BBC