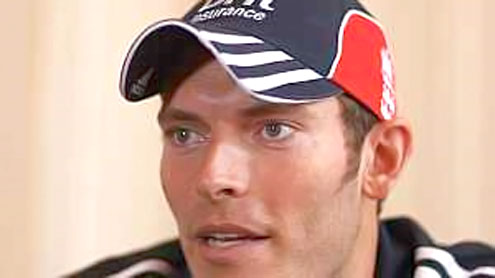 CHITTAGONG: The International Cricket Council has approved giant fast bowler Chris Tremlett as a World Cup replacement for Stuart Broad.Broad was ruled out for the rest of the tournament after suffering a side strain during the six-run win over South Africa in Chennai last Sunday.Tremlett, 29, who was already travelling with the squad as a reserve bowler, will be available for England next’s group B match against Bangladesh in Chittagong on Friday.The 6 ft, 7 inch (2.01m) fast bowler has claimed 15 wickets in 13 one-dayers at an average of 41.33.”The Event Technical Committee of the ICC Cricket World Cup 2011 has approved Chris Tremlett as a replacement player,” the ICC said in a statement on Thursday.“The confirmation was conveyed to the England and Wales Cricket Board on behalf of the committee. Tremlett will replace Broad who is suffering from a side strain.”Tremlett is the second replacement England have needed in the past two days, having summoned Eoin Morgan in place of the injured Kevin Pietersen on Monday.The fluent left-hander, who joined the squad on Tuesday, is expected to take the field against Bangladesh.England have five points from four matches, two points behind group leaders India and one ahead of the West Indies and South Africa.A win over Bangladesh would virtually assure England a place in the quarter-finals – Yahoonews