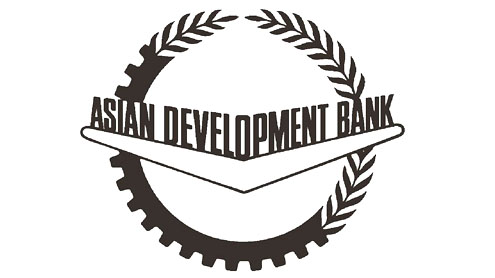 ISLAMABAD: Pakistan has tremendous opportunities and potentials to become leader of regional cooperation, said Rune Stroem Country Director Asian Development Bank (ADB). Speaking at a reception hosted by the bank in the honour of visiting 3-member mission of Central Asia Regional Economic Cooperation (CAREC) led by Madam Shigeko Hattori Director of the organization here a local hotel Wednesday, he said that regional cooperation was vital for promotion of trade for the prosperity of member countries of the region.Access to sea ports like Karachi and Gawadar could play an important role to connect the countries for bilateral trade providing a win win situation for boosting trade among the regional countries.Replying to a question, he said that restoration of peace in Afghanistan was vital for the promotion of regional trade and beyond the region through communication infrastructures among the member countries.The members of CAREC mission on the occasion said that they were on the projects orientation mission in Pakistan to be undertaken under the CAREC Strategic vision framework 2020 to benefit the member countries.

They said that their discussions with relevant Pakistani government officials have expressed their desire for intervention of CAREC projects in Energy, Communication and trade sectors.“During the discussions we also focus on regional economic projects”, they remarked.“We have also set up a technical committee for the CAREC projects in Pakistan with Joint Secretary Economic Affairs Division as its focal person”, they remarked.They also called for promotion of regional cooperation among the member countries of the regional for the benefit of its people.CAREC is now a partnership of ten countries and six multilateral institutions working to promote development through cooperation, leading to accelerated economic growth and poverty reduction.

CAREC provides the finance and ideas – notably in the areas of energy, trade, and transportation – leading to accelerated economic growth and closer cooperation among countries in the region, and boast of more than $13 billion in investments that have contributed to sustainable economic growth and improved living standards across Central Asia.The CAREC program’s six multilateral institution partners are the Asian Development Bank, European Bank for Reconstruction and Development, International Monitory Fund, Islamic Development Bank, United Nations Development Program, and the World Bank.CAREC is an alliance of member countries Afghanistan, Azerbaijan,Peoples Republic of China, Kazakistan, Kyrgyz republic, Mangolia, Tajiskistan, and Uzbekistan while Pakistan joined CAREC programme in November 2010 – APP