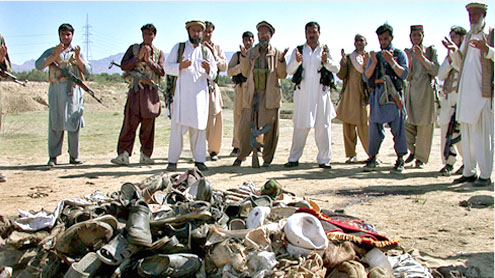 At least 36 people were dead and 50 injured in a bomb explosion at a funeral prayer in Peshawar.According to the police, the explosion occurred at the funeral prayer for the wife of Kala Khan, leader of the Peace forces. A suicide bomber is responsible for the attack as he came to the gathering and blew himself. The police said that about 150 people were attending the funeral. Soon after the explosion, rescue effort began and the security forces surrounded the area.The injured have been shifted to the Lady Reading Hospital where some are reported to be in critical condition. An emergency has been declared in all the Peshawar hospitals. The number of casualties is expected to rise – Dunyanews