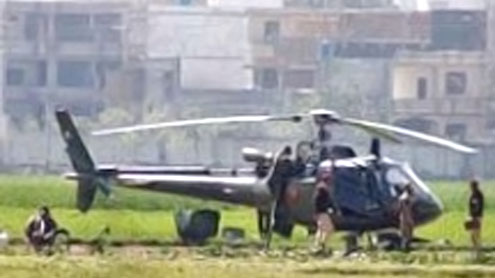 ISLAMABAD: A small helicopter of Army Aviation made an emergency landing on Lehtrar Road in the vicinity of Koral Police Station on Thursday. The three-seater “Acquirell” of Army Aviation after flying from aviation’s Dhamyal Base Rawalpindi developed some technical fault, which forced the pilot to make emergency landing on Lehtrar Road. All the three personnel on board including Pilot, Co-pilot and a crewmember remained unhurt during the landing – Dailytimes