Pasha gets another year in office 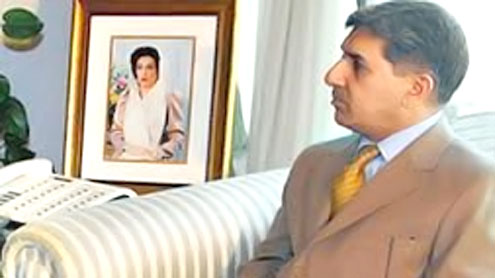 ISLAMABAD: Director General Inter Service Intelligence (ISI) Lt. Gen. Ahmad Shujah Pasha has obtained one year’s extension in his service as President Asif Ali Zardari Thursday signed Premier Yusuf Raza Gilnai’s proposal in this regard.Well-placed sources told media that the President has signed Premier Gilani’s summary that had recommended one year’s extension in service of the premier agency’s head. It is pertinent to recall that this news agency had broken news on March 3 about the Prime Minister’s recommendations for giving another year’s extension to the ISI Chief. Pasha was already on extension that would expire on March 18, 2011.Initially, Chief of Army Chief General Ashfaq Pervez Kayani had extended Pasha’s service for one year as the latter’s original retirement date was March 18, 2010. Under the rules the Army chief can extended the service of a Lt General for one year just for one time without seeking prior approval of the government. Further extension beyond one year, however, requires approval of the President.Thus going by the procedure, office of the Chief of Army Staff initially moved a summary recommending Pasha’s extension to the Ministry of Defense. Defense Minister Ch Ahmad Mukhtar onward forwarded it to the Prime Minister. And finally the President signed the PM’s summary seeking approval to the government’s decision of extending service of the ISI Chief. The notification is likely to be issued anytime well before 18th of this month, the sources said.

According to the sources, the government decided to extend service of ISI chief keeping in view the need for continuity of policy on issues ranging from internal security to the external relations. “Apart domestic law and order, ongoing war on terror, Pakistan-India relations taking a delicate turn, and above all strained Pak-US ties after the Raymond Davis incident,” the forced the government keep Lt Gen Pasha for another year in office. Moreover the sources added that the ISI’s key role in the war on terror entering the decisive phase with pronounced American exit from Afghanistan also factored well in second time extension of Pasha as head of premier intelligence outfit of Pakistan – Onlinenews