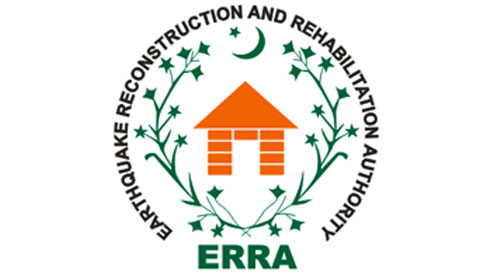 ISLAMABAD, Mar 11 (APP): Earth Reconstruction & Rehabilitation Authority (ERRA) have completed various projects worth Rs.365 billion in earthquake-hit areas of Pakistan and special attention is being given to achieve the remaining task in these areas. This was stated by Acting Deputy Chairman ERRA Brig. Masood Ahmed while talking to PTV on Friday. He said so far, ERRA has spent Rs.365 billion on various projects while the remaining work worth Rs.100 billion is yet to be completed.

He said the government and donor agencies had assisted the ERRA in the rehabilitation process, carried out in the earthquake-hit areas.

He said that the government and donor agencies had played a vital role after the deadly earthquake of October, 2005.

However, he said, more attention is needed to complete the remaining projects in the quake-stricken areas.

Replying to a question, the deputy chairman said that the responsibilities of ERRA after permanent status have increased and assured that any task in future would be done to the complete satisfaction of the masses.

To a question he said that ERRA has been given a permanent status after the approval of the parliament and added that all available resources would be utilized to improve the efficiency of the organization.

To another question he said ERRA had internal and external audit system. While the donor agencies had their own system to check the transparency in any project, he added.

He said that ERRA had the ability to utilize the expertise on construction of roads, water, sanitation, governance and electricity projects.

He said that provinces had their own system to tackle the natural calamities like earthquake, floods etc adding, State Earthquake Rehabilitation and Reconstruction (SERRA) is working in the provinces while Provincial Earthquake Rehabilitation and Reconstruction (PERRA) is looking after the affairs in Kashmir and Khyber-Pakhtunkawa.

He said that ERRA had the control over the funds provided by the government and donor agencies and it is responsible to release the amount to SERRA and PERRA for execution of any project of public interest.

He said that nearly 193 donor agencies are working with ERRA for assistance purpose.

To a question, he said that 54 per cent work in ‘Bakaryal’ City had been completed while the remaining task would be completed within shortest possible time.