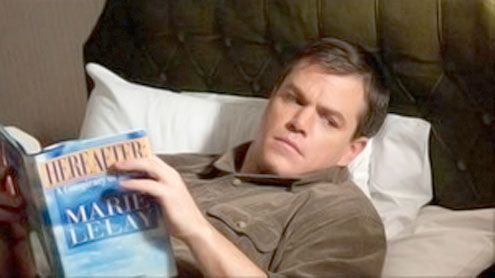 Warner Bros has taken movie Hereafter out of Japanese cinemas following last week’s devastating earthquake and tsunami.The film, directed by Clint Eastwood, features scenes of the 2004 Indian Ocean tsunami, which killed more than 230,000 people.In Japan, the official death toll stands at 2,400 but estimates suggest at least 10,000 may have been killed.Thousands are still unaccounted for as the relief effort continues.Warner Bros official Satoru Otani said Hereafter’s terrifying tsunami scenes were “not appropriate” at this time.It opened in Japan in late February at around 180 cinemas and was originally intended to run until the end of this month.The film company has also postponed the release of exorcism film The Rite, starring Anthony Hopkins, which was due to open this coming weekend.In a statement Warner Bros said: “In deference to the tragic unfolding events in Japan, we have pulled Hereafter from the theatres and will postpone the Japanese release of The Rite to a later date – BBC