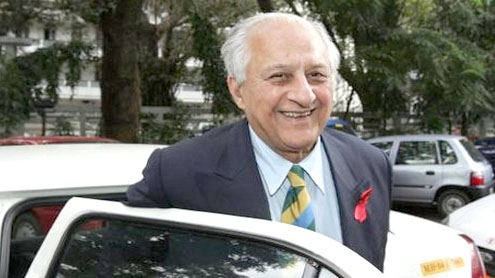 LAHORE: Chairman, Pakistan Cricket Board,Mohammad Ijaz Butt has said that Lahore City Cricket Association (LCCA) is on right path to put cricket back on the raod of success and the recent achievements of Lahore’s teams speak volume of it. He was speaking at a dinner reception which PCB hosted to acknowledge the success of Lahore’s teams at various levels have achieved in the ongoing domestic season on Wednesday night at National Cricket Academy.Former Chairman PCB Shahryar Khan was the chief guest on the occasion. President,LCCA,Khawaja Nadim Ahmad and other officials of the body were present on the occassion.“LCCA is emerging as a role model provincial cricket association for putting up excellent efforts to lift grass root cricket from wilderness “,said PCB Chairman adding “ We are confident that under the dynamic leadership of Nadeem the Lahore cricket will touch new heights in future”.

He said there is dire need to promote grass root cricket development which is a primary objective of the PCB.The Chairman in his address highlighted the efforts of the PCB in promoting Grass Root Cricket and briefly spoke on the measures being taken by the body for the overall development of  Domestic Cricket in Pakistan.Shahryar Khan speaking on the occasion praised the efforts of the PCB in developing the domestic game and congratulated the LCCA for the success of their various teams.“Lahore is the hub of cricket activities in Pakistan and LCCA should continue its quest to further promote the game by focusing on grass root level and the recent achievements of LCCA teams show that hard work and commitment is there to promote Lahore cricket “,said Shahryar Khan.

President LCCA in his speech thanked the PCB for recognizing the efforts of the LCCA and vowed to continue their struggle to revive club cricket by evolving a comprehensive activity based programme.He said in the ongoing Domestic Season Lahore Lions has won the National T20 Championship, while Lahore Eagles had clinched the National One Day Cup Division II, and the Lahore Women U-19 Team had won the National U-19 T20 Championship.Shahryar Khan distributed Cash Prizes in the amount of Rs 250,000 each to the Lahore Lions, Lahore Eagles and the Lahore U-19 Women Team and Kh Nadeem received the cheques on behalf of LCCA. A special memento was also presented to Mrs. Shahryar Khan by Captain of the Pakistan Women Team Sana Mir to mark the occasion. In addition Chairman PCB Ijaz Butt also announced a Cash Prize of Rs250, 000 to be awarded to the eventual winners of the ongoing Pentangular Trophy being played at Gaddafi Stadium – APP

Gilgit Baltistan to be made attractive for Investors

Gilgit Baltistan to be made attractive for Investors