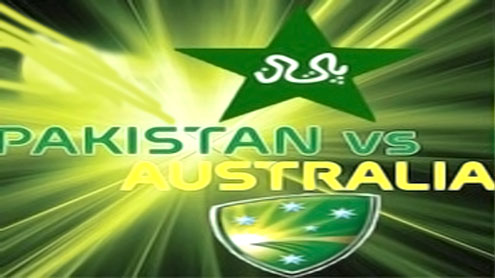 COLOMBO: Pakistan would rely on their impressive bowling attack to break the incredible 34-match winning streak of Australia when they take on the defending champions in their last group A league match of the Cricket World Cup on Saturday.Both teams have already secured a berth in the quarterfinals but will be keen to keep the momentum going and finish their last league match with a win.With Shoaib Akhtar announcing his retirement post World Cup, the maverick fast bowler is expected to hog the limelight if he is given the opportunity to play in the floodlit encounter at the R Premadasa stadium.Australian batsmen have done well so far and their middle order has also been bolstered by the return of Michael Hussey but it will be the first real test of their batting line-up when they will take guard to face against the Pakistani bowlers.Umar Gul has also got his touch and rhythm back and the spinners led by skipper Shahid Afridi have done well on supporting tracks in Sri Lanka.Australian top-order is in sparkling form with Shane Watson leading the way and the middle order has also gradually got into the groove with vice captain Michael also finding form in the last outing with a terrific 93.

However, they have not faced quality bowlers so far with their match against Sri Lanka washed out and New Zealand not having any intimidating bowler in their ranks.Against Canada and Zimbabwe they were hardly challenged so Saturday’s match will provide the Aussies opportunity to prepare well for the tougher battles ahead.Both the skippers Shahid Afridi and Ricky Ponting have not yet fired in the tournament with the bat and they would be keen to get back to business.Ponting was apprehensive about Saturday’s game due to unpredictable nature of Pakistan team.”Pakistan, we know their game better. It’s always great playing Pakistan. One never knows about Pakistan. They have been good but against New Zealand they were ordinary.”We haven’t fully been tested yet, we will be by Pakistan and we look forward to it,” Ponting said.Pakistan have made their intentions clear that they will give their best to defeat Australia and end as top team in group A.

“We will definitely play well against Australia. It’s a match which we’ll take very seriously. It would be another day and a new game. We know how important that match is and we hope to give our best,” Afridi said.For Pakistan, the form of the openers remain the prime concern as they have failed to give a solid start to the side and the middle order, which has not been consistent, had to face the burden of steering the side to a decent total.The batsmen too have struggled of late, after the splendid show against Kenya and Sri Lanka in the first two matches.The game against New Zealand was a disaster, specially from the fielding point of view, and it’s time that both the fielders and batsmen pull up their socks.The team management would be tempted to tinker with the opening slot with Mohammed Hafeez and Ahmed Shehzad coming a cropper consistently. Kamran Akmal is an option for them.The role of Abdul Razzak is also under the scanner as many feel that his experience is not being utilised by playing him at number eight.However, the team management is not impressed with the suggestions and is not expected to make any change in his role.Both the teams have won four of the five matches so far and the outcome of the match would also decide the final standing in the group, headed by Australia with nine points.Going into the knockout stage with momentum is what the teams aim for and it would no different for Pakistan and Australia.