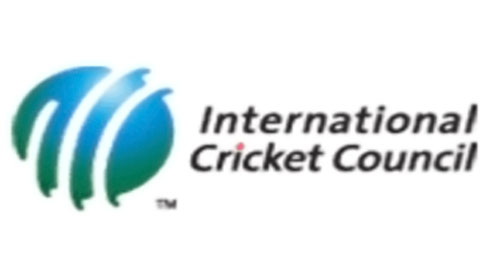 NEW DELHI: Counterfeiting is a major menace which every international sport has to deal with. Cricket World Cup is no exception and the International Cricket Council (ICC) is doing its best to limit the damage.To counter this, ICC has conducted raids in Mumbai and seized fake jerseys of teams like India, Australia, Pakistan, New Zealand, West Indies, Sri Lanka and South Africa worth over Rs. 1.2 crore. “The raids were conducted in Dharavi and Dadar where we closed down a manufacturing unit. A total of 23 people were arrested in the raid conducted jointly with Mumbai police. We grabbed 7,000 jerseys whose official value is Rs 1,800 per piece,” ICC’s Intellectual Property lawyer Dahlia Sen Oberai told TOI.The criminal raids carried across Dhaka, Colombo, Bangalore, Nagpur and Mumbai have helped ICC seize over 20,000 fake T-shirts. The ICC considers the losses due to counterfeiting to be in the range of over Rs. 50 crore due to counterfeiting.

“We have a very lucrative and exclusive merchandising contract with LIM. It becomes our duty to protect their interest and encourage the public to buy only genuine products,” ICC legal division head David Becker told TOI. “Apart from the raid in Mumbai, arrests were also made in central Colombo about three weeks back. Our aim has been to target major players to curb counterfeiting. With about 20 arrests in Colombo as well, I believe we have managed to succeed in our objective somewhat,” he added.Meanwhile, Dahlia Sen-Oberai clarified that the controversy over one of the ‘spotters’ from ICC’s Anti-Counterfeiting and Intellectual Rights Protection Program accidently trampling upon a flag bearing the tri-colour ahead of the second semifinal in Mohali was misrepresented and uncalled for.
“The young impressionable girl (the spotter) was just doing her job. Balloons, which had the World Cup logo and mascot printed on them, are considered a security risk inside the stadium and are prohibited as a result. She just wanted to ensure that the general public was not duped for buying fake merchandise which they would have had to part with inside the stadium,” Dahlia told TOI on Thursday.”After hearing the commotion I went outside to settle the matter. I even apologized to everyone present there even though it was a completely inadvertent mistake. What the TV channels have done subsequently is completely unethical. They even erroneously showed me to be the spotter,” she added.”I have been working with the ICC since the 2002 Champions Trophy in Sri Lanka. It’s our job to prevent counterfeiting,” Dahlia said. – TOI