Model committed to strip if India wins final against SL 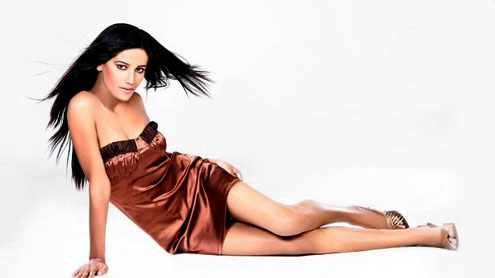 MUMBAI: She is all of 20 and ready to strip for Team India. Mumbai-based model Poonam Pandey wants to keep her commitment to bare all if India wins the World Cup.Pandey told TOI on Thursday: ”Of course, I am going to do it. But where? I can bare all wherever they want. It can be inside the players’ dressing room or even in the stadium.”Pandey insisted she has got overwhelming support from the people of India.

”They are encouraging me. Even my parents are proud of me because I am doing something for Team India. They have no issues with my going nude.”When told that nudity is considered an offence and that she may get into trouble, the model said: ”I am going to take permission from BCCI. I really don’t want to do anything that is against the law.”Her friends and colleagues on Facebook, though, requested that she must strip with or without BCCI’s permission. Fellow model Shweta Sharma posted: “Poonam has to bare all even if BCCI says no. Please don’t give an excuse saying I will go nude only if they agree”.Pandey said daring to bare is the best way to cheer team India after their win. Her Facebook status says: “I am a New Generation Girl!!! Anything for my country to get home the World Cup. So INDIA cheer with me that we need 1983 World Cup BACK.” Pandey has been one of the most searched persons on the internet in the past two days. – TOI