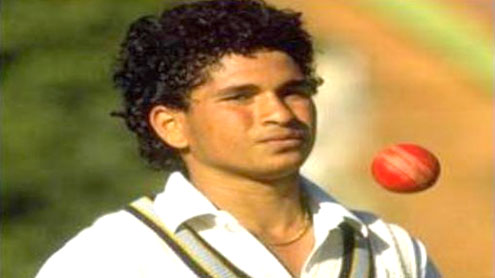 MUMBAI: “Who writes your scripts,” former England opener and captain Graham Gooch asked his legendary teammate and all-rounder, Ian Botham after the latter dismissed Kiwi opener Bruce Edgar off the first ball he bowled at The Oval in 1986.Botham was playing his first Test following a year’s ban for using marijuana. Edgar’s scalp earned Botham his 355th Test wicket and put him on par with Aussie great Dennis Lillee’s record tally of 355 wickets. Hence the inquiry from Gooch.Some of the current Indian team members can ask Sachin Tendulkar the same question. Like Botham, who always loved a stage, the Indian legend too enjoys putting on a show when the entire world trains its eyes on him. And they will be on Tendulkar when India take on Sri Lanka in the World Cup final at the Wankhede Stadium, in the Master’s hometown, Mumbai, on Saturday.

Many feel it’s a travesty that Tendulkar’s massive talent and impeccable conduct off the field haven’t yet culminated in him being in a world champion side. What better way and stage or venue for him to win cricket’s ultimate prize than in front of his numerous and passionate fans, and in the process, bring up a century of international centuries.If it happens, Tendulkar will complete a full circle as he was a ball boy when India played against England at this very venue in the semifinal of the 1987 World Cup. He must have picked up numerous balls from the boundary line as England opener Graham Gooch simply swept the hosts and tournament favourites out of the contest. Watching India crash out of the semis, albeit from the sidelines, must have been heartbreaking for the then 14-year-old, like it was for the rest of the country.

Eight years later, he suffered the heartbreak of seeing India crash out of the semis again as they lost to Sri Lanka by default in Kolkata. This time though Tendulkar didn’t watch from the sidelines. He scored a fine 65 off 88 balls on a turning pitch at the Eden Gardens and, in fact, it was his wicket that started the Indian slide.India have busted the semis hoodoo while playing on home soil in the 2011 edition. If a Tendulkar ton can help MS Dhoni hold aloft the World Cup, the journey from a ball boy to a World Champion will have been a fruitful and emotional one. Now to the million dollar question: Who writes Tendulkar’s scripts? Want a clue? Here it is: He opens in ODIs and bats at No. 4 in Tests. – TOI