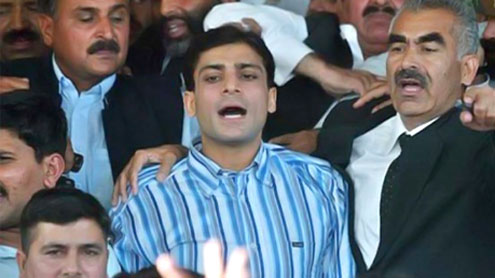 LAHORE: The value of our coal reserves is around $30 trillion that is 187 times more than the GDP of Pakistan. The worth of coal reserves is higher than the combined oil reserves of Saudi Arabia and Iran, said MNA Hamza Shahbaz Sharif at a ceremony in connection with Lahore Shopping Festival Monday. He said only 2 percent of Pakistani coal reserves could generate 20,000 MW electricity for almost 50 years.

Despite this never ending wealth, Pakistani people and industry were facing the worst power crisis.Hamza Shahbaz expressed his agreement with the LCCI proposal for establishment of a state-of-the art Vocational Training Institute in Lahore and promised to help allocate land for it so that the shortage of skilled manpower could be overcome. He said, the country was facing with multiple internal and external challenges and we all should fulfill our respective responsibilities to cope with these challenges. LCCI President Shahzad Ali Malik said the Lahore Shopping Festival has been designed to promote economic activities in the province of Punjab.He said on the sidelines of the exhibition an investment conference would be held at Lahore Expo Centre where leading economic experts would be highlighting the potential of Punjab. – Dailytimes

Vintage car rally to be held in city today