A Gr8 Night For Women 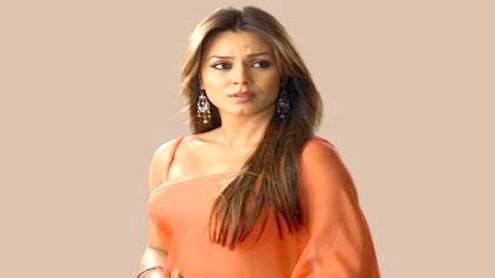 Bollywood actress Mahima Chaudhry talks about an upcoming awards ceremony that will honour women from across the region.BOLLYWOOD ACTRESS MAHIMA Chaudhry will join a star-studded line-up of television and film personalities to usher in the first Middle East chapter of the Gr8! Women Awards that have celebrated Indian women’s achievements and highlighted social awareness campaigns for the last decade.The inaugural awards ceremony, taking place on April 15, will honour 14 women from across the GCC along with four celebrities from India.Chaudhry, who has received awards for a number of films since her 1998 debut, is hoping to highlight the issue of breast cancer awareness across the Middle East. The UAE suffers from one of the highest rates of breast cancer in the world.“It’s going to be difficult,” she said during a press conference, “because this is a society where everyone is not aware of breast cancer. If it’s discovered in the first few stages it can be cured, and the reason why the rate is so high here is because women don’t go in for check-ups.”

“This is something we are hoping to change,” she added.The women being honoured include Emirati filmmaker Nayla Al Khaja and Sarah Belhasa alongside a slew of achievers from the world of cinema, business, philanthropy, fashion, education and journalism.“It’s a baby step, but an important step,” Chaudhry admitted, “but joining events like these can help highlight vital social issues and provide exposure and acceptance.”More than 2,300 guests are expected to turn up at the awards ceremony, taking place at Madinat Jumierah, that will honour women from the UAE, Bahrain and Qatar.

Founded by Gr8! magazine editor and publisher duo Anu and Shashi Ranjan, the ceremony will include performances by Bollywood stars Preity Zinta, Raveena Tandon, Vivek Oberoi, Jacqueline Fernandez and singers Madhushree and Shailendra Singh. The evening will be hosted by Kabir Bedi and Rahaf Al Taawil.“It’s a wish fulfilled; a dream becoming reality,” Anu Ranjan said. “For the past 10 years, GR8! Women Awards have been the premier honour for women in India and now comes the next logical step, a global presence which starts with the Middle East.”Ranjan added that the event will likely continue expanding in the US and UK.“I really think there are so many women in the region excelling in so many different fields, but everyone is so shy and quiet about it,” Chaudhry said. “It’s time to celebrate them.”Chaudhry, who is the mother of three-year-old daughter Aryana, reflected on her own female upbringing. “When I think of strong women, I think of my mother,” she said. – Khaleejnews