A second celebrity dismissed from `Dancing’ 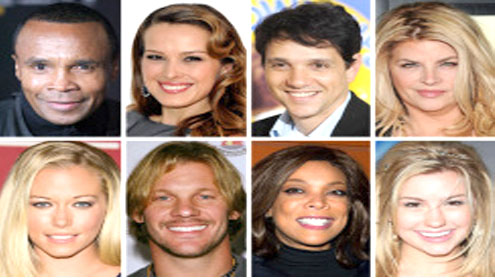 LOS ANGELES: Wendy Williams is saying goodbye to the “Dancing With the Stars” ballroom — and to the cross-country treks she made as she juggled taping her daily talk show in New York and performing on the dance show in Los Angeles.The TV host was dismissed Tuesday from “Dancing With the Stars” after coming into the episode in last place. She earned 15 points out of 30 the previous night for her foxtrot with professional partner Tony Dovolani.Williams said being on the show was “a wonderful opportunity” and she thanked the judges and her partner for teaching her how to dance.”Despite stereotypes, this is one black girl who can’t even do the running man,” Williams said.

She struggled throughout her three weeks on the show, regularly landing near the bottom of the leaderboard. Judges’ scores are combined with viewer votes to determine which couple is ousted each week.”The problem is it’s not my personality in the competition, it’s my feet,” she said on Tuesday’s episode. “If my personality were in the competition, I’d win!”Williams is the second contestant eliminated from the hit ABC show’s 12th season. Radio host Mike Catherwood was dismissed last week.The results show also included musical performances by OneRepublic and Selena Gomez and the Scene.Returning to dance on Monday will be actors Kirstie Alley, Ralph Macchio and Chelsea Kane; athletes Hines Ward, Chris Jericho and Sugar Ray Leonard; singer Romeo; reality star Kendra Wilkinson and model Petra Nemcova. – Yahoonews