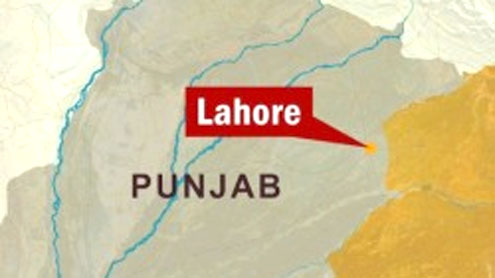 LAHORE: The Lahore Chamber of Commerce and Industry’s (LCCI) Lahore Shopping Festival entered its third phase on Tuesday marked by four more prestigious events, including Young Entrepreneurs Business Plan Competition, Opening of Photography Competition and Exhibition titled “My Lahore”, Vintage Car Rally and World Punjab Organisation Musical Evening.MNA Hamza Shahbaz Sharif was the chief guest of the Young Entrepreneurs Business Plan Competition as well as the photography competition.The Vintage Car Rally commenced from the parking area of the Liberty Market and ended in front of the LCCI. For being first of its kind, the Vintage Car Rally was appreciated by all with people lined up throughout its route to witness the rare event arranged by the LCCI in collaboration with the Punjab government.While speaking at the photography competition, Sharif paid rich tributes to the participants of the competition and said that the event would help highlight the city’s tourism potential.

Sharif said, “The country is fortunate to have more than half of its population constituting of young people, below the age of 25, who have the potential and energy to change the destiny of the country that has been facing multiple challenges for quite a long time now.”Addressing the participants of the Vintage Car Rally, Punjab Assembly Deputy Speaker, Rana Mashhood Ali Khan, said that the festival had uplifted the spirits of citizens, who were in need of such recreational activities. He said that the Punjab government would continue to support all such events aimed at strengthening the economy of the country.Earlier, while addressing the participants of the photography competition, LCCI President Shahzad Ali Malik said that the institution plans to arrange a photography function soon, titled “My Pakistan”. He said that photographers from all across the country would be encouraged to participate in it.Separately, LCCI Senior Vice President Sh Muhammad Arshad threw light on the very objectives of the festival. He said the outcomes of the event proved beyond his expectations. He added that participation from all the segments of society is being ensured in the various events of the festival.Former LCCI president Muhammad Ali Mian said that the photography competition has brought to limelight the areas of the country that are fast erasing from the minds of the people.Mian also thanked the Punjab CM for extending matchless support to the LCCI that made the event a success. – Dailytimes