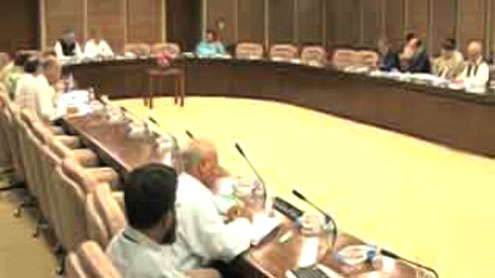 Public Accounts Committee expressed reservations on ministries accounts being shifted to provinces.There is not proper method of audit and this will create problems in the future. Audit officials told in the meeting held in Islamabad that the record of the Ministry of Youth Affairs was being abandoned.A special committee’s chairman Riaz Pirzada said that projects of billions of rupees of the Higher Education Commission were continued and reports of its dissolution had disheartened the employees.NHA Chairman Muhammad Junaid told the committee that NLC and Frontier Works Organisation were not leaving the toll plazas in spite of completion of their contracts. – Dunyanews