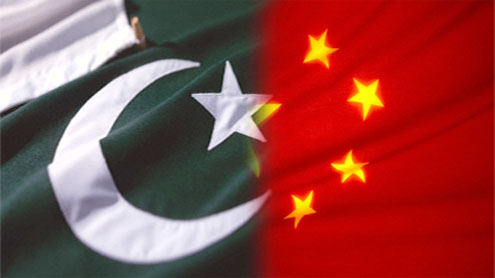 ISLAMABAD: China on Wednesday offered financial and technical assistance to develop hydro and wind power and upgrade the existing transmission system and provide integrated solution to the perennial problems of power shortages and disruptions in Pakistan.The offer was made by Chairman of China Three Gorges Project Corporation (CTGPC) Cao Guangjing, pioneer in China’s hydro power project development, in a briefing at Aiwan-e-Sadr.

China Three Gorges Project Corporation also offered to develop multi-purpose hydro electric projects through direct financing model based on public private partnership and boot.Briefing the media, Spokesperson to the President Farhatullah Babar said Three Gorges Project Corporation is already involved in a number of multi-purpose hydro wind power projects in the country and offered to build more to permanently address the problems of power shortage in the country.The spokesperson said that the ongoing projects being undertaken by the China Three Gorges Project Corporation include:Karot, Taunsa, Kohala and Bunji hydro electric projects.  He said that Letter of Interest for the Karot Hydero electric project which has 720 MW generation capacity has been issued and feasibility of the project has already been approved and the project is currently at tariff petition stage.

He said that an MOU for the Taunsa hydro electric project with 120 MW generation capacity has been signed and the joint development agreement of the project will be signed this month.The spokesperson said that Kohala hydro power project that will generate 1100 MW electricity is ready for tariff negotiations as the letter of interest of the project has been issued and the updated feasibility study already approved.  Bunji hydro electric project, another gigantic project being undertaken by the Three Gorges Project Corporation with 7100 MW generation capacity, is ready for site survey as the MOU for the project was signed in August 2009.Babar said that ongoing wind projects including Karachi First Wind farm, Karachi Second Wind farm and Punjab Wind & Solar Projects are also at advanced stages.The spokesperson said that the President advised the federal government to consider tasking the China Three Gorges Project Corporation to also build a run of the river hydro project at Sukkur Barrage and asked Water and Power Minister Syed Naveed Qamar to liaise with the stakeholders and prepare a project proposal within 60 days.The President gave this advice when he was informed that Joint Developmentagreement was due to be signed this month for the 120 Megawatt Taunsa Hydro electric project where the discharge was 10,000 cusecs and Chairman WAPDA stated that the discharge at Sukkur was over 12,000 cusecs.

The President said that Pakistan already had a Free Trade Agreement with China in goods, investment and services which ensured full security to Chinese investment in Pakistan.He said that with low cost and hard working labour together with liberal incentives offered by the Government and access to huge markets of countries in the region, Pakistan offers unique opportunity to Chinese investors to invest in Pakistan.The President said that the true potential of business partnership between the entrepreneurs of two countries had yet to be fully realized.The President appreciated the Three Gorges Project Corporation for undertaking the projects and assured that the government will support and facilitate the corporation in the ongoing power projects in Pakistan.Cao Guangjing, Chairman China Three Gorges Project Corporation (CTGPC) thanked the President for conferring the prestigious award of Hilal-i- Quaid-i-Azam upon him and assured full cooperation of the Chinese government in meeting energy requirements of Pakistan.