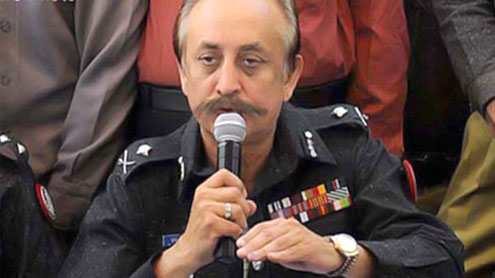 ISLAMABAD: Director General of Federal Investigative Agency (FIA) Waseem Ahmed on Wednesday resigned from his post while IG Balochistan Malik Mohammad Iqbal has been appointed as the new DG.Sources told that Supreme Court had expressed its reservation over the role of Waseem Ahmed as DG FIA and had directed the government to remove him from this post.

However, Waseem Ahmed continued to perform his services and also represented Pakistan in the recently held Pak-India talks.Sources told Media that Waseem Ahmed in his resignation sent to the PM had adopted the stance that the situation between two important pillars of state has become controversial on his matter and such a situation is in no way in the country’s interest as on one side the SC has ordered that he should be removed while on the other hand the federal government is using his services. He said that he does not want to see clash between two pillars thus he is relinquishing his responsibilities.He said that in his own career he respected judiciary and he handled all cases in an amicable way and never succumbed to any pressure. Sources said Waseem Ahmed who was serving on contract basis after his retirement from police also informed Interior Minister Rehman Malik of his resignation.On the other hand Federal govt accepting the resignation of Waseem Ahmed has appointed IG Balochistan Malik Mohd Iqbal as new DG FIA and issued a formal notification in this regard. – Onlinenews