NFC implementation report to be tabled in next session: Senate told

by ToP
in Govt., Pakistan
1 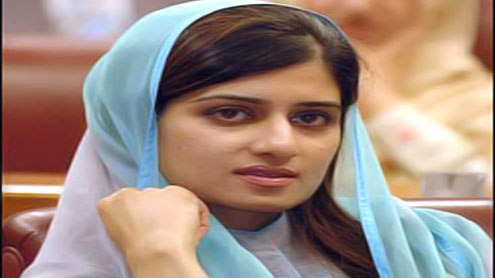 ISLAMABAD: The Upper House of the Parliament was assured on Wednesday that implementation report of the National Finance Commission (NFC) had been finalized, which would hopefully be presented in next sitting of the Senate.During the question-hour session, Minister of State for Foreign Affairs Hina Rabbani Khar on behalf of the Minister for Finance said the report had been finalized and lying with the concerned quarters, adding “I assure the House that it will be in front of the legislators in next session of the Parliament.”Responding to a question, she said after the passage of 18th constitutional amendment, meetings of the commission could not be convened due to its incomplete composition so “no schedule has so far been prepared for the meetings of NFC.”

She said the federal government was waiting names for non-statutory members of the NFC from Sindh and Punjab and the composition would be completed after getting nominations from all the provinces.“We have received the nominations for non-statutory members from the provinces except Sindh and Punjab for which reminders are being issued to them,” Hina said.The minister said the government has ensured equal representation to all provinces in the commission for judicious disbursement of resources among all stakeholders.Replying to another question, she said the government has impounded 2,605 non-duty paid vehicles during last three years across the country and collected Rs. 900 million through their auction. – APP